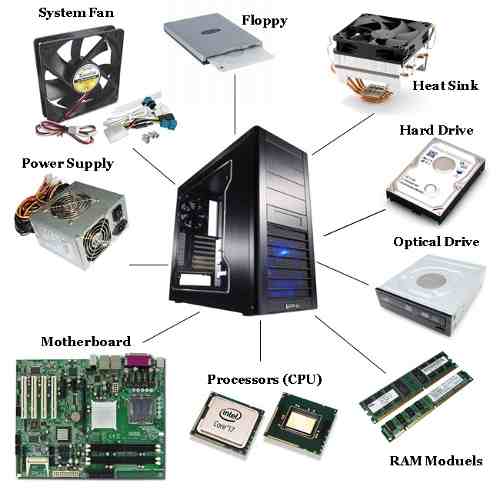 Warning: You’re Spending Way Too Much on That Pre-Built Gaming Computer

In the modern gaming world, no platform is as rich or as rewarding as is PC gaming. Gaming on the PC offers better graphics, superior multi-player options, better gameplay, and overall a better gaming experience. However, one reason why most gamers are still playing on a console is that they believe the cost of getting a computer good enough to play the top games is way too high. And, rightly so…

If you look at the cost of the “high-end” gaming computers that some manufactures are producing, it’s obvious why more gamers aren’t switching to the PC. They’re too damn expensive.

For just a smidge over $3,000 you can get a pre-built computer that promises to play any game on the highest settings. It’s not reasonable at all, but people pay those prices. Unfortunately for them, they could’ve saved themselves thousands of dollars if instead of buying their computer pre-built, they instead bought the components and built it themselves…

Why Building Your Next Computer is the Only Way to Go

Sure, it’s nice to have a complete product arrive at your door. You buy the computer, wait for it to arrive, open the box, turn it on, and BAM… you’re gaming. And, if you’re the kind of person who likes that kind of ease and simplicity, then by all means, spend the extra couple thousands of dollars on a pre-built machine.

However, if you’re a courageous, adventure-seeking gamer who wants to learn a new skill and set yourself apart from the rest of the non-computer-building gamers out there, then you need to build your own system.

There are a number of advantages that building your own computer provides, including:

With all of the benefits listed above, there’s really only one reason why anyone would choose a pre-built computer over building one their selves: they think building a computer is too hard.

This isn’t true. Building a computer does take some patience and you do have to handle the components with care, but ultimately, assembling your own system is not a difficult task.

In fact, if you can read and operate a screwdriver, then you are more than qualified to build your own computer. And, with all of the how-to-videos, instructional eBooks, and helpful forums out there, building your own computer has never been easier.

Most gamers will never take it upon themselves to build their own gaming computer. It’s too bad, because building your own system will give you more performance and quality, it will save you money, and it will give you a valuable skill.

So, if you’re tired of shelling out thousands of dollars for a system that will allow you to play your favorite games, or if you want to make the jump from console gaming to PC gaming but you don’t have the money to buy a pre-built computer, then consider building your own computer. Any way you look at it, it’s the best option you have.

2 Responses to “Warning: You’re Spending Way Too Much on That Pre-Built Gaming Computer”