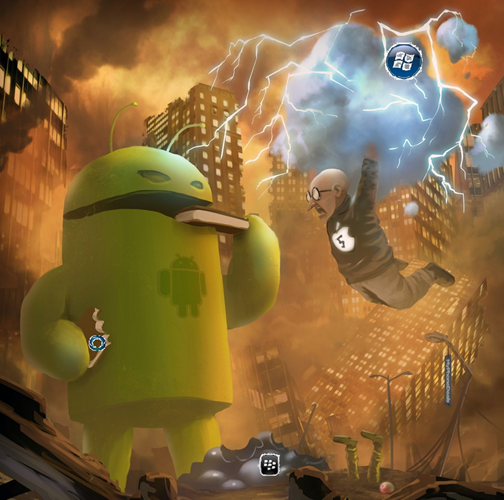 What’s Next For Next-Generation Mobile Phones?

It’s coming up to that time again: in only a few months, we’ll start being drip-fed the latest smartphones just in time for the Christmas rush. Of course, we’re still only in July, but that doesn’t stop the rumour mill from working at full steam.

Of course the iPhone and Samsung releases will be the two hottest topics, with the iPhone in particular expected to have a number of new revolutionary features. But what should we expect across the most anticipated releases in the next year? Here are my thoughts on the next-generation mobile phones. You’re probably already fed up of hearing about the iPhone 6. Will it have curves? Will it even be called 6? And most importantly, when is it due to be released?

Well we now have a few answers. It will have curves, and be plenty thinner than the current 5s model, whilst we could also see two devices. Expected to be unveiled in September, Apple look to be jumping on the phablet bandwagon with a 5.5in and the traditional 4.7in to hit the shelves later in the year.

Inside we’re expected to see some differences too. The A7 chip is to be replaced by an A8 chip, which isn’t necessarily going to be faster, but will bring more quality, and be more efficient – saving on the battery life. That all important battery life. Not expected to hit the shelves until next year, the Galaxy S6 is in desperate need of something special following a mixed response to the S5 when it was released earlier this year. The coming months should see the Galaxy Alpha put onto the market with its metal casing – but users are after much more.

It’s an exciting time for the future of Android devices as they continue to thrive ahead of Apple, and if the hardware can boot, it’ll be a lucrative period for Samsung. We’re expecting curves in all the right places and higher quality processors this time around – we just have to wait and see if they deliver. Photos of the new Z3 are beginning to be leaked, with its release expected in September. Sony devices are notoriously perfect for gaming, and this time around it’ll be no different. Whether you are syncing it to your PS4 or testing your luck at the poker tables on apps like the ones of Full Tilt , the Qualcomm Snapdragon 801 processor will deliver superb performance.

Looks wise, it is a lot sleeker with aluminium casing, which is a clear sign that Sony has stepped it up this time around.

And that’s what we like to hear. We can expect it to price at around £550, getting a 1080p screen and definitely won’t be smaller than the 5.2 inch screen of the Z2.

Blogs are suggesting it’s running the new Android 4.4.4 compared to its predecessors 4.4.2, which will see a marked improvement, whilst leaked images of the device are suggesting the camera will be an exact match of the Z2. So it isn’t just going to be the Galaxy that Samsung are looking towards to attract buyers, with two new high-end smartphones on the horizon – and they’re going to land this year!

And perhaps this is to compete with the likely new larger iPhone expected shortly. Whilst the other is going to be “a very attractive new model that uses new materials and new displays.”

Much more apart from that is a little unknown. Will it be part of the Galaxy range, or something totally different? We’re very excited to find out. Set for imminent release, the Moto X+1 sees the return to form of Motorola under the stewardship of Google.

It’s likely to be a 720p handset and feature a 5.2-inch display with a 1920 x 1080 resolution, whilst being right up there in terms of performance with a Snapdragon 800 CPU and 32GB of onboard storage.

The camera could rival Sony’s and will also include a built-in pedometer which could perhaps link in to wearable technology in the not-so-distant future. If Google are going to stick to their tradition – the Nexus 5 was released in the second half of 2013 – then we can expect to see Nexus 6. Or can we?

The Motorola could mean the Nexus is no more, and @evleaks claiming, “There is no Nexus 6. Farewell, Nexus. Don’t worry, there’s a silver lining to this cloud…Android Silver, circa February 2015.”

Although don’t expect Nexus to die. The popularity of the Nexus 5, which has seen sales soar, means that Dave Burke, Android’s head of engineering, isn’t going to give up on it, and we could still yet see one soon. We’ve just got to sit and wait patiently. Life certainly is good for LG at the minute with the brand receiving plenty of plaudits for the LG G Pro 2. So where’s the Pro 3?

Well, we expect a little further off than the Galaxy or iPhone but when it is released it will certainly want to blow those out of the water. Essentially, it’s expected to be a larger version of the G3 and have a considerably better software experience with a Snapdragon 805 chip and a perhaps some unexpected new features too.

The Pro 2 was generally used to trial new ideas, and we could see more of the same in the Pro 3, as developers continue to work on it ahead of a likely 2015 release.