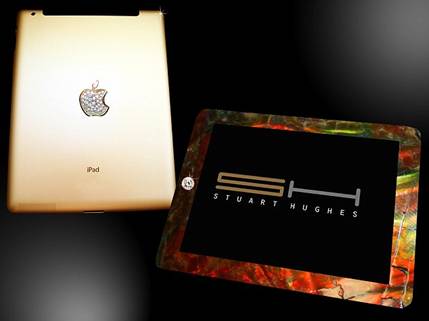 What Would Top Your Christmas Wish List With Unlimited Money?

Many of us have to do Christmas on a shoestring budget this year. This means scouring sites like eBay for hidden bargains, trying to take advantage of deals that first started on Black Friday and trying to make the most of what we do have. However, if we all dreamed about having a bottomless pot of cash to spend this season, what would we buy?

Gadgets are among the most desirable items out there as potential Christmas gifts, but many of them are so damn expensive! A look through a typical catalogue or tech store will prove you right. As for an iPad, it’s possible to pay up to $5m for one! You could buy one with a case made from rare rock and shavings from a T-Rex’s thighbone! The latest iPad Air costs upwards of £500, which is a huge amount for a tablet, especially with cheaper ones like the Hudl from Tesco and another budget model for Aldi sold out in such a short space of time. However, I want the most expensive and classy thing I could get if money was no object, so I’ll take the rare rock iPad please!

Looking in a typical phone shop, you might expect to pay several hundred pounds or dollars for the iPhone 5 or Samsung Galaxy S4, but how about a smartphone that costs almost $14,000? I saw the Vertu smartphone, which has a Symbian operating system and red gold case and though this was something that would be the greatest stocking filler ever.

Swiss Army Knives aren’t usually the most luxurious items, but imagine a $3,000 one with a 1TB USB stick. Sounds amazing, doesn’t it? You wouldn’t want to use it though, even if you ran out of space for your files on your laptop, tablet or smartphone.

Something else that caught my eye was this product, as reported on by www.ecigarettedirect.co.uk recently. Paying a cool $550,000 for a set of electronic cigarettes will certainly make the owner look classier than they ever could with a normal tobacco one, or even a fine Cuban cigar!