Advancement of technology like robotics, artificial intelligence, machine learning and other automation techniques have no doubt created a revolution in the way business is conducted.

Machines outperform and exceed the human performances in the work activities especially the repetitive tasks.

Now, automation technologies along with new and improved algorithms have gathered the knowledge of decision-making processes and works like a human being to a certain level.

There are some factors that define the impact of the automation in the global economy in 2018 and further.

Impact of automation and emerging technologies on global GDP

According to some researchers, productivity will rise as a result of the implementation of automation worldwide. However, at the same time, the cost of the emerging technologies is going higher each passing year. 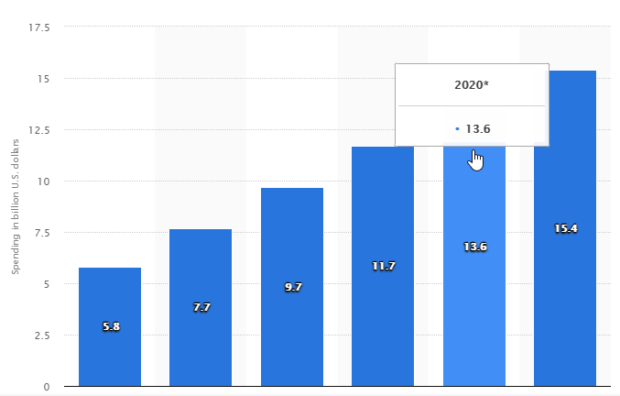 From the above graph, we can see the rise in expenditure in implementations of automation technologies like Artificial Intelligence is on the rise.

A study by Chicago Booth business school, the rise of technology automation through information technology investments will have a greater impact on the wages and jobs globally.

The corporate revenues have risen at a sharp pace during the last decade, and it continues to do so in the coming years as well. This rise in revenues especially in the corporates can be attributed to the investments in automation techniques.

The migration and the globalization of the jobs and the investments in automation has contributed to the rise in profits in corporations versus the GDP.

Automation will not be achieved and not gonna be impact world economy overnight. There are some factors that affect the extent of the automation implementation.

Considering the above factors, the effects of automation seems to be big at the industry level rather than globally.

Automation and its great impacts on the job market are debatable. The mass unemployment, potential decrease in usage of human labours, the level of productivity which is unattainable by human beings, the world’s economy seems to be in quite a juggling position right now.

According to McKinsey Global Institute analysis, human labour will still be required in many job activities, but a percentage of all work can be automated across the occupations. 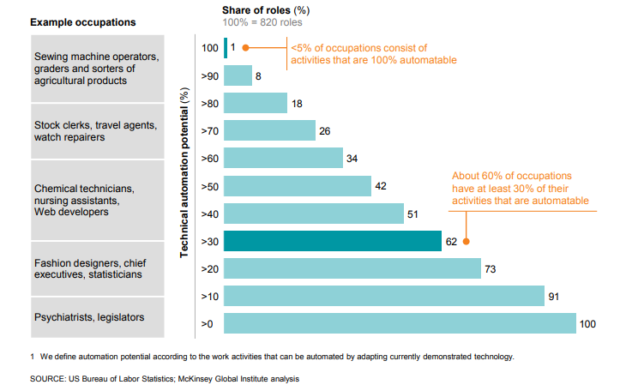 The global scenario says that human labour will be working in all the sectors even though the automation techniques are adopted. However, the behaviour of the jobs will change, and new skills have to be developed and learned fast to keep up the pace.

On the reflection of all the analysis and debate, profit growth, revenue growth, and investments are directly related to the adoption of automation. Investments will create new jobs as it is being seen. According to a study conducted by Reuters Thomson, more than 100 top innovative companies spent more than $225 in research and development which created around 270000 jobs worldwide.

While the robotics will increase the profits in the global economy. If that is invested somewhere else, it will continue to create jobs for human labours, so that both people and businesses gain something from the automated world.