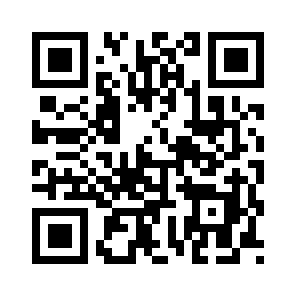 What is a QR Code?

Jane Campbell works and writes for WebHostingSearch – a review site of different webhosting plans on the internet. She’s an enthusiast for technology and values her job as a writer.

Over the past few years, tiny little black and white squares have been popping up everywhere: in stores, on advertisements, on television. These little square blocks are QR codes and are a ways to embed information. QR codes are now being used for product tracking in manufacturing installations, quick URL entry methods for businesses, direction to Facebook and Twitter pages, coupons and sales in stores, digital scavenger hunts, and much more! The beauty of these codes lies in the fact that they are completely unobtrusive but can provide direct, location specific information when requested.

To begin, let us take a look at a tiny bit of history of the QR code. The QR code is a two dimensional barcode. However, instead of only reading in one dimension such as traditional barcodes, it reads in two. A traditional barcode is scanned and directly turned into a series of on and off (1 and 0) values read from left to right. Examples of these include grocery store items, books, and CDs. QR codes on the other hand allow the information to be read both left and right, but also vertically. This allows it to store exponentially more information as it has a much larger surface area over which someone may place information.

The structure of the QR code is very interesting. When looking at it, a user will typically see four clearly defined squares, as well as the rest being filled in with what appears to be random bits of data. These all serve a certain purpose, however.

The four squares provide information to the QR reader (traditionally a stand-alone device, but most commonly smartphones today). They give the camera “anchors” in the image so that it can determine its orientation, alignment, and other features. Some of those “random” bits of information are actually linked to which version of QR code it is. QR was invented in 1994 and has gone through many different versions as people have figured out ways in which to make them perform better and hold more information.

In addition, there are other strings of data which let the reader know the speed and kind of data that is being stored. This is akin to the QR code saying “This will be a URL” or “This is a business card file.”

The QR code has many different functional uses. It has gained much traction as an increasing number of consumers are using smartphones, as well as the fact that it has been released as an ISO standard free of any licensing. This allows any business, government, or person to freely use QR codes for any purpose they see fit. Today it is often seen used with advertising as a quick way to give people more information.

Consumers can view a traditional advertisement, such as a poster in a mall, and then scan the QR code to gain additional information, sign up for a rewards program, or a direct coupon to be used in store. All of these things are easily accomplished with the use of QR codes.

Many companies are hosting their own QR developments as well. As smartphones become increasingly ubiquitous, people want faster and more direct lines of communication between products and services that they want. As such, many businesses are utilizing these barcodes to increase sales and user experiences.

Individuals can also find QR codes useful to encode information that would traditionally be on a business card, a direct link to their homepage or blog, or any other use.

QR codes have provided a quick, easy way for consumers and individuals to interact with the physical word around them, all the while obtaining the digital information they so desperately crave. QR codes are only becoming more advanced and more prominent, so get yourself a free app on your phone and start exploring the world of QR codes today!