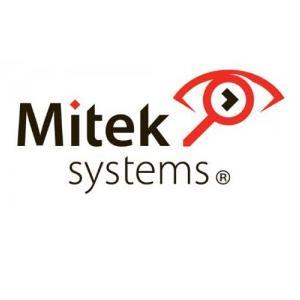 It may seem like wizardry to those not reared in the digital age, but many banks now allow customers to deposit checks without ever stepping foot near an ATM, let alone an actual branch. Using a mobile banking application on a smartphone, the customer simply snaps a photo of the check and the bank receives the image and processes the transfer of funds.

This same technology may soon help the healthcare and medical insurance industries streamline their record-keeping methods while making life easier for everyone involved (and saving a lot of paper). The technology in question, called Mobile Capture, is a product of a company called Mitek Systems. This tech already handles millions of checks each year, allowing smartphone cameras to scan them and transmit them securely to banks.

Mobile Capture doesn’t just send photos of documents; it actually processes a document’s information and uses the available text to automatically fill in forms, such as online deposit slips. The healthcare and insurance industries have seen the potential value in such a system, and several leading executives have approached Mitek CEO Jim DeBello about the creation of a cloud-based mobile document capture service for their companies.

Without much tweaking to the current Mobile Capture tech, the system could be used to process the information on insurance cards, drivers licenses, receipts, dental association claim forms – you name it.

After processing the information, Mobile Capture could complete the necessary forms and store them securely on the cloud, for instant remote access. The system could also supplement existing Electronic Medical Records systems and Dental Association EDI technologies by sending completed forms to insurance companies or healthcare facilities all over the world.

“We look at the camera as the replacement of the keyboard for data input,” said DeBello. “It’s easier. It’s more convenient, and from the consumer perspective, it’s an optimal experience.”

Mitek currently uses Amazon’s Elastic Computer Cloud service to host its new Mobile Imaging Cloud (MIC) app, which will allow software developers and businesses the opportunity to harness the capabilities of Mobile Capture when creating their own applications.

8 Responses to “Smartphones To Streamline Paperwork For Healthcare & Insurance Industries”