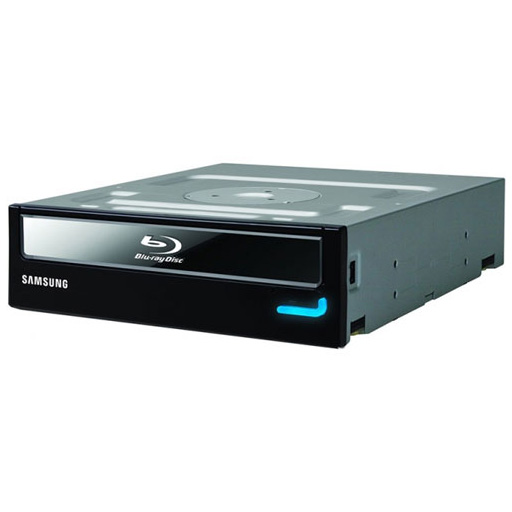 I recently decided to upgrade my DVD-ROM drive for the Samsung SH-B123 blu-ray drive. While I was looking at blu-ray writers as well, I found that I wasn’t going to burn many blu-ray discs in the future, and didn’t want to pay more for a drive that I wouldn’t need. The Samsung SH-B123 drive, however does burn both CD and DVD optical discs, so I still have the ability to burn discs, although I won’t be using it to backup my data.

After performing some research, as well as having a specific price point, I settled on the Samsung SH-B123 blu-ray drive to play blu-ray movies. After spending some time using the drive I was impressed with the drive, but it did come with a minor issue. The Samsung SH-B123 drive box included all the necessary hardware needed to connect the drive to your computer and then use it almost immediately. The following is a list of what you will find included with the Samsung SH-B123 blu-ray drive: The installation of the drive was really easy. I decided to only have one optical disc drive installed in my computer, so I removed the current drive and installed the Samsung SH-B123 drive in its place.

Once the drive was installed, I restarted the computer and waited for Windows 7 to load. Once Windows loaded, it automatically detected the Samsung SH-B123 drive and installed the corresponding drivers. After the drivers were installed, the drive was ready for use.

Since I didn’t have an application that could play blu-ray discs currently installed, I inserted the blu-ray disc that came with the drive and installed the software.

It would have been nice to have the updated version, but I was more concerned with how the drive would work than the software that was included. Software is constantly being updated anyway, so I would eventually be updating to the latest version.

For my test movie I played “The Lord of the Rings – Extended Edition”. I chose this movie because not only is this trilogy great, but it was recently released and has amazing picture and sound quality.

When I played the movie I was amazed at the picture quality. The drive didn’t disappoint in that area as the picture was nice and crisp. The sound was also just as good as the sound was crystal clear and sounded great.

Part way through each disc of the first movie (each movie for the trilogy is spanned over two discs) I noticed a distinct stuttering, where both the picture and sound paused and resumed. This occurred twice during the first disc and once during the second.

I couldn’t determine if it was the drive, the software, or the system that caused the issue. When I viewed the performance charts for my computer, nothing seemed to be using too much CPU, disk usage or memory during that point. I’ll have to find other blu-ray playing software to determine if it is the software.

Besides the stuttering, the movie played back great and I wasn’t disappointed with the quality.

Overall I find the Samsung SH-B123 a great blu-ray drive and have had no problems with the drive since I have had it installed. While I have seen stuttering at times when playing blu-ray movies, I am not sure if it is caused by the Samsung SH-B123 drive or the software.