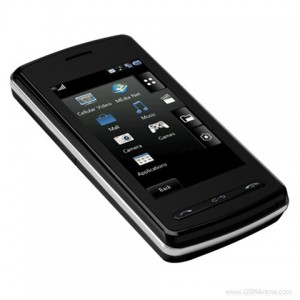 Mobile Phone Security: How a Hacker Can Listen to Your Calls

Cell phone hacking has become a large problem today, which makes mobile phone security a hot topic. The way hackers do this, is that they either sell or offer programs online that people must download to their cell phones. What people do not realize though, is that while they are downloading the programs, they are also unknowingly installing spyware onto their phones at the same time. What Kind of Information Can Hackers Get When They Hack a Cell Phone?

Once this spyware has been installed on people’s mobile phones, whenever they make a call, the hacker will receive a text message letting him or her know. He or she can then listen in on the phone call or read the texts through a computer. Although, most of the information that the hackers get will be useless to them, they can often obtain extremely valuable information, as well.

In today’s high-tech times, more and more people are purchasing products and paying their bills using their computers and/or their cell phones. When people do this, if their phones were hacked, the hacker will be able to steal a variety of information including names, addresses, credit card or debit card numbers, bank account numbers and social security numbers.

High-tech mobile phones are easier for hackers to hack than low-tech phones, as the high-tech phones have more options for downloading software onto the phones. Hackers are even able to activate the cameras on people’s phones and watch what the people may be doing. They can also hack into the GPS systems on the phones and determine where the people work and live.

How Can One Tell if Their Phone Has Been Hacked?

There are a few ways that people may be able to tell if their phones have been hacked. One sign, that a cell phone may have spyware installed on it, is if the battery remains warm even when the phone has not been in use for a long time. Another sign that the phone may be hacked is if it suddenly lights up for no apparent reason. Finally, if people hear strange beeps or clicks while they are using their phone, it could mean that a hacker is listening in on the conversation.

Can People Prevent Hacking From Occurring?

There are ways to prevent cell phone hacking. The best way is to purchase identity theft protection for the phone. For those people, who cannot afford this protection, they may want to consider paying their bills in person or buying a cheap prepaid cell phone to pay bills and make purchases. The best way to avoid having one’s phone hacked though, is to avoid downloading things to the cell phone that are not from well-known sites or businesses.

In conclusion, although many people do not think that their mobile phones can be subjected to hackers, the hacking industry has ballooned in recent years. More than 4 million people were the victims of hackers in the year 2003, and experts expect that figure to be close to 9 million for the year 2011. However, people can protect their valuable information by investing in identity theft protection and taking the other precautions as stated above.

Steven Farrell is the administrator of ReversePhoneLookup.org, the best reverse phone directory online.

22 Responses to “Mobile Phone Security: How a Hacker Can Listen to Your Calls”