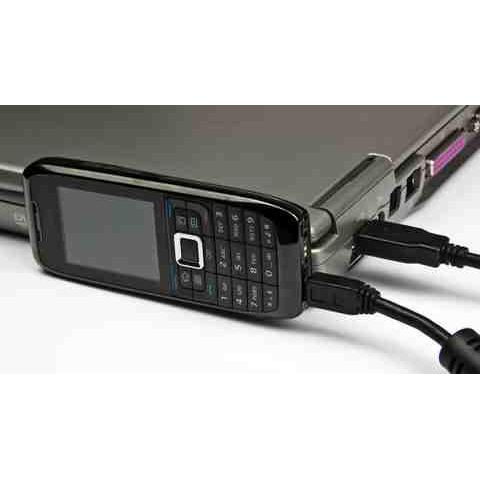 Getting Your Smartphone to Work as a Wireless Broadband Modem

Paul Salmon June 9, 2011 Networking Comments Off on Getting Your Smartphone to Work as a Wireless Broadband Modem

Most Internet service plans for modern Smartphone’s are powerful full-featured services that can handle much more than the light Web surfing that most of us throw at it. When using a device that does not have a built-in mobile hotspot, users can still access the Internet via other tethering options. Tethering is a method where we use a Smartphone to share its connection with other devices.

A mobile hotspot is a form of wireless tethering as is Bluetooth and conventional Wi-Fi. The oldest from of tethering uses a “wire,” or data cable, such as the one used to transfer images from your computer to a phone.

Before you begin tethering, it’s important that you know your carrier and your service plan. Not all carriers allow tethering in all of their plans, and many of them even charge a fee for the service.

There is a popular misconception that carriers can only detect an unauthorized tether through bandwidth usage. The implication here is that if you keep your bandwidth usage in check, you can tether without paying for it, but that usually isn’t the case.

There are also ways to circumvent carrier measures so that you can tether without paying those additional charges. There are even apps available that effectively cloak the tethering from the carrier. Using such programs is typically legal.

However, although we won’t get into the ethical aspects, it’s important to note that there can be consequences if caught. Abusers may face surcharges, fines, loss of contract and phone, and so forth.

Another important consideration is the bandwidth allotment provided by your Internet plan as this could vary between different internet providers and plans. For convenience’s sake, most users opt for an unlimited data plan.

If your plan provides less than that, you’ll need to monitor your quota. Don’t simply guess at it. When using your Smartphone as a wireless broadband modem, the network can gobble up considerably more bandwidth than the phone would use on its own.

Many carriers even provide apps for tracking this usage, or you can download such a program from the appropriate app market.

With those considerations out of the way, it’s time to tether a laptop or similar device to your phone wirelessly. The easiest way to do this is to use PdaNet, which is a tethering application available for a wide array of platforms.

In a common configuration, you’d download and install PdaNet for Windows or for Mac on your notebook, and you’d download and install PdaNet for Android or for iPhone on your smartphone. PdaNet supports both Wi-Fi and Bluetooth. Wi-Fi is more convenient since more devices support it, but Bluetooth works much the same way. If the devices can “see” each other, then the instances of PdaNet will detect each other and begin to communicate.

It is important to note that some smartphones, the iPhone being a notable example, require you to “jailbreak” them before you can use software like PdaNet. Simply put, jailbreaking is a process that gives you access to the entire UNIX file system, which you do not have by default.

A comprehensive look at the pros and cons of jailbreaking are beyond the scope of this article, but they are an important consideration because it’ll often void any warranty.